diozero is a multi-faceted library for interacting with low-level devices such as environmental sensors and GPIOs. It achieves this via object-oriented APIs that abstract developers from the complexities of low-level device interface code. An initial motivation to developing diozero was to provide a Java equivalent to the excellent Python gpiozero library having found that existing Java libraries didn’t offer such a developer-friendly experience.

This library is known to work on the following boards: all models of the Raspberry Pi, Odroid C2, BeagleBone (Green and Black), AllWinner H3 / H5 and H6 CPUs, Next Thing C.H.I.P and ASUS Tinker Board. It is portable to any Single Board Computer that can run Linux and Java 8 as well as any micro-controller with Firmata protocol support.

All pin numbers are device native, i.e. Broadcom for the Raspberry Pi, ASUS for the Tinker Board. Pin layouts: 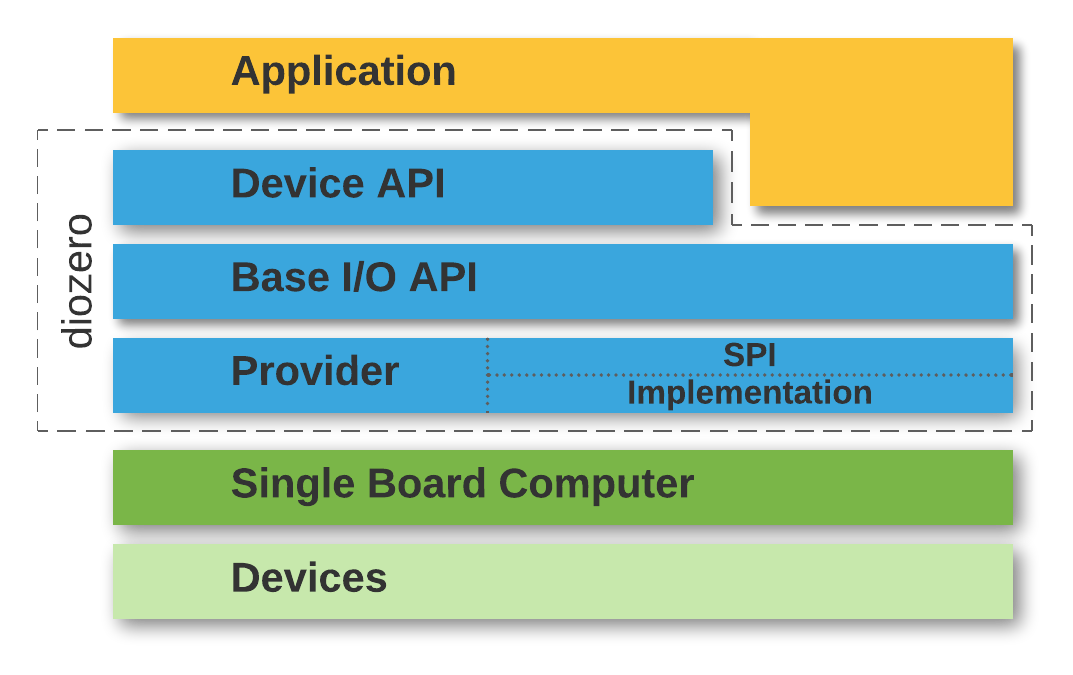 This following image illustrates the relationships between the core packages within diozero.

The library makes use of try-with-resources - all devices implement AutoCloseable hence will get automatically closed by the try (Device d = new Device()) { d.doSomething(); } statement. This is best illustrated by some simple examples.

Turn on an LED when you press a button:

Or a random LED flicker effect: